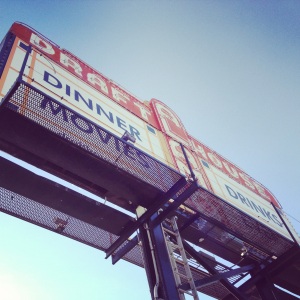 I miss the walkability —
(walkability is a ridiculous word) —
of Hawthorne Boulevard,
of things being in easy, strolling reach.
I took it for granted —
the fresh fruit, fresh bread, fresh coffee, and the brownstone stoop.
But I live within a mile or two
of everything I could want or need.
If I had a bicycle
(and a Xanax)
I could get there without having to drive.

Sunrise Over The Goodnight

I love this part of town,
my part of town —
Highland,
Brentwood,
Allandale.
And even though I’m a Brentwood bungalow shy of perfect contentment,
there’s just no place I’d rather be.
Not even Hawthorne Boulevard.
Ok, Paris and London.
You have to spot me that.

In Pez, We Trust

Halloween is now four days removed and there’s not a single Milky Way mini as evidence of its existence.

What comes first: the nougat or memory? END_OF_DOCUMENT_TOKEN_TO_BE_REPLACED 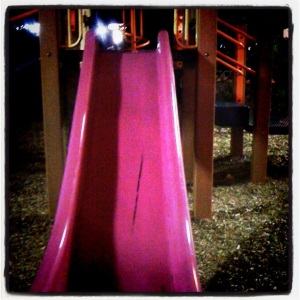 I always have music around me.
Before the age of the iPhone, iPod, or Sony anything, I would hum little songs,
A series of related notes,
Like cousins wandering arm in arm
to the creeks of my childhood.
No matter how noisy it gets,
Music stills me,
Reminds me,
To be still,
To listen.
And it’s quiet,
Apart from the humming.

Nobody ever believes this story. It’s completely real and very true.

I moved from Richardson, Texas to a place called Rowlett, Texas during the 3rd Grade. At the time, Rowlett wasn’t even on the map. Couldn’t find it (no Google). I only remember four stores in the entire town: a Dairy Queen, a Sonic, a general store in downtown Rowlett and a Mr. M’s. You had to “go to town” to go to an actual grocery store. I’m not even sure which town. Everything felt far to my 8-year old self.

But what I did have in Rowlett that I could never have had in Richardson — or at least my part of Richardson (yo, Nottingham and Sherwood!) — were horses. I had two, both named Dixie. Dixie #1 was a pill; she wasn’t around for long. Dixie #2 was a delight and one of the greatest companions of my life. There was also Sundance, Honey, Bay,Tawny, Yukon, Midnight, West, Baby, Popcorn and Chigger. Chigger, as I recall, was liberated from starvation. She was a sweet bean.

And the friends I made — friends to this day — also had horses or at least had friends who had horses they could ride. And we formed a sort of Hole in the Wall Gang, of a fashion.  We never knocked over any banks or trains, but we did ride through a lot of houses under construction looking at floorplans.

But our favorite thing to do was to ride through the neighborhoods, put the horses in backyards while we got snacks, and ride up to the Mr. M’s, where my Aunt Bobbie was the store manager for a while, to get provisions. It seemed like we were out all day. We would go to the Dairy Queen (which had a hitching post, no lie). My personal favorite was riding horses through the drive-through to get ice cream to go, or pulling up to Sonic and ordering like we had cars and watching the servers laugh as they delivered fries to little girls on horses.

It was a movie sort of life. And it even has a title: Pony Girls.

I’m working on it. 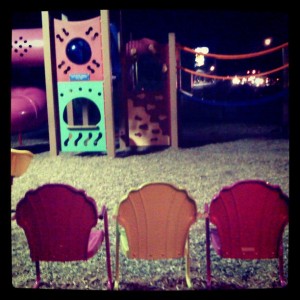 And They Gathered To Watch The Children Play

When I was little (no, even smaller), I stayed with my great-grandmother, Mamaw Morale (Mo-rah-lee), her sister, my great-great-aunt Mattia, and my great-aunt, Betty (stage name Yolanda LaMarr).

The house always smelled like pasta, and the doorknobs of the old house looked like big diamonds. The ceiling tiles had glittery specks in it that I would try to count when trying to relax into nap-time. And Aunt Mattia cussed in Italian. A lot.

They lived in a two-story house, with my Aunt Betty living upstairs with her husband, my  Uncle Tommy, and their dog, Duke. There was a rusted metal staircase that went up from the back patio, where they would sometimes sit and play games.

And there were those metal chairs that we didn’t dare sit on in the summer.

They were light blue.

These Are Not The Same Trees But a Similar Feeling

I’m thinking of you and I’m missing the West.
(There are so many reasons to miss the West.)
My arms are not big enough to hug all the people I love
from coast to coast
And my life isn’t long enough to be in all of the places I love
coast to coast.
But days like this (especially days like this)
Remind me of the grey Hawthorne days,
Coffee and the pumpkin island.
And you were there.